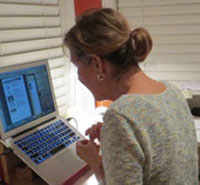 As you may have read in my last few blogs I’ve had problems concentrating on my revisions of the first draft. At first I thought I had lost my ability to write, which stressed me to no end. What I didn’t want to admit was that I worried about my daughter being in Sierra Leone, supervising Ebola health workers for two months.

Since she came back – in fine health – I discovered that I could write after all. All of a sudden, doing the revisions was a breeze and I enjoyed doing them. Maybe too much, looking at all the changes I’d made. Anyway, I just sent the manuscript off to my editor. We’ll go over the changes in a few days, and then I’ll be starting the second draft.

Most likely I’ll need to write a third draft and a fourth, but in the meantime my mind is running ahead, looking for what to write about next, bouncing ideas around, even when I’m asleep. It’s an interesting world. 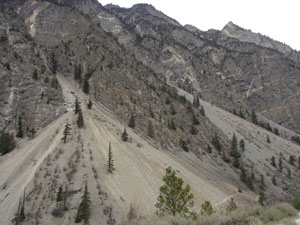 What happens to Amy in “The Price of Silence” can happen to anyone. What she does about it is what makes the difference.

In search of a hook

The long wait for the line edit to come back turned out to be fruitful after all. I picked a name for my new thriller: DEEP WATERS, picked a cover […]

The one-sentence summary of a 300-page book

Welcome new subscribers! I broke my wrist the first of April. It’s not an April fool’s joke. Drained of energy over the next couple of months, I couldn’t come up […]

A time to relax…well, sort of

My 6th draft of the sequel to ‘The Price of Silence’ has finally been sent out for line editing! Time to celebrate just a bit; it isn’t the bring out […]

A unique and fruitful relationship

I have almost finished my 6th draft of the sequel to ‘The Price of Silence’ which includes a re-write of the ending. When that’s done, the manuscript goes to the […]

A different kind of oasis

This year my husband and I decided to go to Cuba for our winter break. As we’d never been there before and planned to travel around, I left my laptop […]

I’ve been out of touch for a couple of months so I thought I’d send you my Christmas newsletter instead of my usual little blog, to open up my world […]