I’ve been out of touch for a couple of months so I thought I’d send you my Christmas newsletter instead of my usual little blog, to open up my world to you a bit more. Here it is, if you’ll have it:

Our 2015 has been a year of challenges, more than I care to talk about, but also filled with many exciting events. It started off with a scurry of activities and mixed feelings, when on January 2nd, our daughter Ingrid left for Sierra Leone. She’d been hired by the World Health Organization Save the Children to supervise health workers at the Ebola Treatment Centre in Kerry Town for six weeks. In the meantime, my husband Bo and I celebrated our 40th wedding anniversary in Mexico with friends. It was a lovely holiday mixed with anxiety about Ingrid. She made it easier for us by sending emails with news on a regular basis. We were out of our minds with joy when her last letter stated: “The numbers are declining. We are winning.”

Ingrid arrived back in Canada on February 9th. After two weeks in quarantine, she was let out to be thoroughly smothered with love. Big relief! She moved on to organize a charity event called Dancing for Doctors (Without Borders) Gala, which turned out to be a big success. In May, she and her partner Doug flew to Sweden where they spent six weeks visiting family, travelling from Malmö in the south to Umeå in the north. Doug stood the test and claimed he loved it! 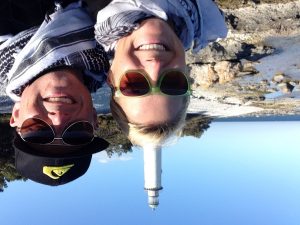 Meanwhile, Bo and I had a great summer on Vancouver Island with plenty of sunshine and temps around 22-25C. I was raring to go with my second thriller manuscript when my computer decided it didn’t want to have anything to do with me. I spent two weeks trying to fix things, then gave up and bought a new computer. I struggled to catch up with the edits at the same time as I tried to catch up with the changes introduced with the new computer…and fell hopelessly behind. And that’s when you might have noticed I’d fallen off the grid.

Then in September, Ingrid had a letter from Havergal College in Toronto. She’d received the 2015 Susan Ditchburn Young Alumna Award. The whole family was invited to join in the celebration at a reception and dinner in October. Big excitement! Bo and I used to live in Toronto, love the city and have many close friends there. We made arrangements to see most of them. Ingrid and I went out and bought beautiful dresses and shoes (we tend to be a bit more casually dressed in BC). The celebration was nothing short of spectacular. It was hard to look humble when your pride and joy was so beautifully celebrated. 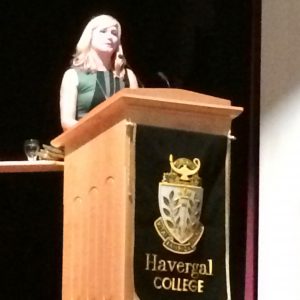 The next few days were filled with friendship, laughter and the most delicious food. Breakfast with one couple, lunch with another and dinner with a third, day after day after day. It was a special time with old friends when every minute counted. Recovery would have to wait.

Now back home on Vancouver Island, hopelessly behind with my edits, I’m writing to you, while preparing for a late Christmas with Ingrid and Doug, secretly grateful that they can’t come until after Christmas. Ingrid has taken a lot of time off work at Vancouver General Hospital and is paying back by working through the month to the 27th. But the house will be decorated and the Swedish Julbord will be waiting when she and Doug arrive. Maybe a few extra gifts under the tree as I can go shopping on Boxing Day. We’ll have three wonderful days together before Ingrid has to go back for her singing performance at Hotel Vancouver on New Years Eve.

Well, this has been Ingrid’s year. For me…you play you pay. As I’ve been trying to catch up on my writing around all the different goings on, other things have suffered, like my monthly blog and my presence on Facebook and Twitter. Sigh. I hope you’ll let me get back into your lives in the new year. 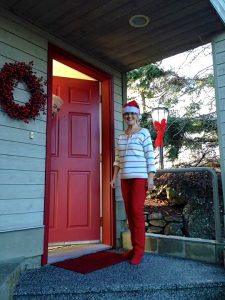 May 2016 be a happy, healthy and prosperous year for you all!

In search of a hook

The long wait for the line edit to come back turned out to be fruitful after all. I picked a name for my new thriller: DEEP WATERS, picked a cover […]

The one-sentence summary of a 300-page book

Welcome new subscribers! I broke my wrist the first of April. It’s not an April fool’s joke. Drained of energy over the next couple of months, I couldn’t come up […]

A time to relax…well, sort of

My 6th draft of the sequel to ‘The Price of Silence’ has finally been sent out for line editing! Time to celebrate just a bit; it isn’t the bring out […]

A unique and fruitful relationship

I have almost finished my 6th draft of the sequel to ‘The Price of Silence’ which includes a re-write of the ending. When that’s done, the manuscript goes to the […]

A different kind of oasis

This year my husband and I decided to go to Cuba for our winter break. As we’d never been there before and planned to travel around, I left my laptop […]

After a wonderful summer break, I’m back to editing. This time it’s the third draft of my second novel. My husband is on a hiking trip and won’t be back […]