How to Write an Exposition for Your Thriller Story 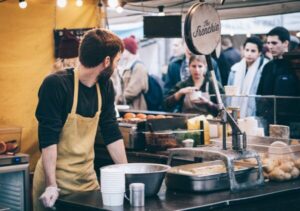 Exposition is one of the most important aspects of a story. It helps set the scene, reveals character backstory, and establishes stakes. Your story will be confusing without exposition, and you’ll lose readers.

In this blog post, we will discuss the different types of exposition and how to use them effectively in your writing. We’ll also look at some examples from popular films and novels to see how to do it correctly. So let’s get started!

When writing exposition, one of the first things you need to do is introduce your setting, time, and place to the reader.

This is especially important if your story takes place in a different time period or in a foreign country. You will need to provide some background details and some context for the action of the story. Give your readers a brief history of the place and explain any customs or traditions that are important to the story.

Let’s say your story takes place in ancient Egypt. As the first-person narrator, you need to introduce the setting and provide context for the reader.

“The land of Egypt is a hot and arid desert. The Nile River flows through the country, providing life-giving water to the people. The Egyptians have a rich culture and history, dating back to the time of the pharaohs.” 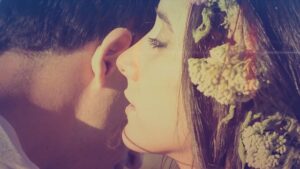 In a thriller novel, you could do this through paragraph expository writing, which provides information to the reader clearly and concisely.

An exposition in a short story might be woven into the dialogue or narration rather than being presented as a separate scene.

An example from Louisa May Alcott’s Little Women:

“Christmas won’t be Christmas without any presents,” grumbled Jo, lying on the rug.

“It’s so lovely to have plenty of money and just buy what you want, isn’t it?” sighed Meg, looking at the new bracelet on her wrist.

“I don’t believe in being extravagant right now, with the war and all,” said Beth, mending her father’s jacket.

“I think it would be rank selfishness not to help others less fortunate than ourselves,” put in Amy, trying to decide whether blue or brown suited her best.

Alcott reveals a lot about her characters in this one short exchange.

Remember, you want to introduce enough information so that the reader cares about what happens to the characters as the story unfolds. But you don’t want to give too much away and spoil the story. 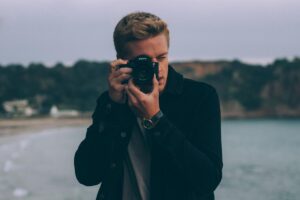 You can also use exposition to reveal a character’s backstory. You can do that through dialogue, flashbacks, or dream sequences.

An exposition through flashbacks in the movie Memento:

-In the film, we find that the protagonist Leonard Shelby suffers from anterograde amnesia, which means he cannot form new memories.

To compensate for this, Leonard takes Polaroid photographs of people and places as he encounters them and attaches them to objects or locations to remember who they are and what happened to him.

The audience experiences the story along with Leonard as he pieces together his past through these photos and memories. This provides a unique perspective on the story’s events and allows us to understand Leonard’s motivations for seeking out his wife’s killer.

While the film is a work of fiction, it highlights the importance of exposition in a story. It’s crucial to reveal these things slowly over time so that readers can piece together the information and make their conclusions.

Describe the current events in your story, including dialogue and action

What are the current events happening in your story? Include dialogue and action to help readers understand what’s going on.

-The sun beat down mercilessly on the small town in the middle of nowhere. There was no shade to be found, and the only sound you could hear was the occasional buzz of a fly or the rustle of a dried leaf blowing through the street.

Tom stood in front of his house, taking a long drag from his cigarette before flicking it into the street. His wife, Sarah, sat on their porch swing, gently pushing herself back and forth with her feet.

It had been a long time since things were good for Tom and Sarah. They’d both lost their jobs a few years ago and struggled to make ends meet. Finally, things had gotten so bad that they’d even thought about getting a divorce.

But then, they’d won the lottery. A million dollars. It was enough to get them back on their feet and start fresh. But then Tom began to gamble. And drinking. And Sarah found out that he was cheating on her.-

Again, don’t give away too much too soon. You want to keep readers hooked, so they’ll keep reading to discover what happens next.

As you can see, paragraph exposition is an integral part of a story. You can set the scene, reveal character backstory, and establish stakes by including exposition.

Reiterate what the reader needs to take away from your exposition

It’s important to reiterate what the reader needs to take away from an expository text because it reinforces the main points and helps them remember them.

You’ll want to give enough information so that readers can follow along, but be careful not to bog them down with too many details. It’s a delicate balance, but finding the right amount of exposition is crucial to keeping readers engaged.

Excerpts that show what readers need to learn early on in the story:

-In the novel The Girl on the Train, Rachel is introduced through exposition when she is first seen “slumped over the table with her head in her hands.” We learn that she is an alcoholic who has recently divorced her husband and lost her job. Through flashbacks, we also learn about her troubled relationship with her mother.

-In the film The Sixth Sense, exposition reveals that the main character, Cole, can see ghosts. The revelation is a shock to both Cole and the audience, and it serves to create suspense and interest in the story.

-In the film Psycho, exposition is used to establish the relationship between Marion and Sam when they are seen talking in their apartment. Through this brief dialogue exchange, the audience learns that Marion plans to leave town with Sam.

To demonstrate how these concepts work in practice, let’s look at a section from my novel-in-progress.

-It was another long day at work, and I was looking forward to getting home so I could relax on the couch with a good book. But as soon as I walked in the door, I could tell something was wrong. The house was too quiet. Usually, the TV would be blaring from the living room, and my kids would be running around, making noise. But today, the house was eerily silent.-

In this excerpt, we learn a lot about the character. We know that she works long hours, enjoys relaxing with a book, and has young children. We also get a sense of the stakes – something is wrong, and her kids are missing.

By the end of the exposition, we should understand who the protagonist is, their goal, and what is at stake if they fail. Again, exposition is essential to getting the reader invested in the story.

Here is another excerpt:

-The sun had been beating down on her for hours. She was grateful for the reprieve when she reached the shade of the trees. Taking a moment to catch her breath, she leaned against the trunk and surveyed her surroundings. Then, she saw it: the faintest hint of a path. She couldn’t be sure, but it might lead to the river.

If she followed it, she would have a chance to quench her thirst and maybe even wash some of the grime from her skin and clothes. It was worth the risk. She started down the path, moving as quickly as possible without making too much noise.

Suddenly, she heard a branch snap. Someone was coming. She looked around frantically for somewhere to hide, but it was too late. They had seen her. Now she would have to face them head-on. There was no telling what they would do to her if they caught her. She steeled herself for the confrontation and stepped out from behind a tree.-

This excerpt shows that our heroine is a fast runner, fearless, and determined to outrun the men or fight them to the end. When she realizes the men have her cornered, she looks for something to use as a weapon and steps out from behind a tree, ready to fight for her life.

First and foremost, make sure that you introduce your story’s world and characters in a way that is both clear and engaging. You want your readers to be invested in what’s going on from the beginning, so take your time setting the scene and introducing your various players.

Please feel free to leave any questions or comments below. I’ll be happy to answer them! Happy writing!