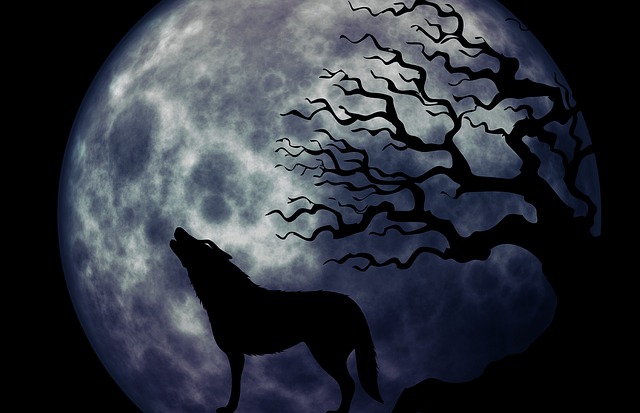 If you’re looking to write a thriller novel, you need to make sure that your story is suspenseful from the beginning, meaning the opening line or on the first page. This blog post will discuss creating a tense and thrilling atmosphere for your readers. We’ll also talk about setting the stakes high and keeping your readers engaged until the end.

Start your novel with a bang

The bang means that you start your novel by introducing suspense from the first line. The opening scene should be exciting and present the novel’s central conflict. It’s essential to set the tone for the rest of the story in this first scene to ensure that it is suspenseful and thrilling.

One way to do this is to start with a cliffhanger, leaving your readers eager to learn what happens next.

– Another way to create suspense is to introduce a mystery that needs to be solved. You can do this by submitting a dead body, for example.

– Or maybe your character is in a desperate situation. This person could be facing a life-or-death crisis or be desperately trying to save someone they love.

– Another way to introduce suspense is to use foreshadowing, which gives readers hints about what might happen later in the story. You can do this through dreams, visions, prophecies, or even small objects that take on greater significance.

From there, slowly ratchet up the tension by adding more and more obstacles in their way.

Establish the tone and atmosphere

You can do this by using words and descriptions that create a feeling of fear or unease. Be sure to describe the setting in a way that adds to the atmosphere from the opening lines in the first chapter or the first few pages.

One way to develop the tone and atmosphere is to focus on the senses:

What does the character see, smell, and hear? What do they fear? You can establish the tone further by using dialogue.

An excellent way to convey a sense of urgency is to use short, concise sentences. For example, something happens that risks the characters’ safety or livelihood if they don’t act fast. This will create a sense of unease and make people feel on edge.

Add in some suspenseful music or sounds:

Sounds can help set the tone and get people’s heartbeats going.

Here are a few examples of tense and thrilling atmospheres:

– The feeling you get when you’re waiting for your test results to come back.

– When you’re watching a scary movie, and the music gets suspenseful.

– The moments leading up to a big sporting event or performance.

– Anytime you’re in a situation where you don’t know what will happen next. 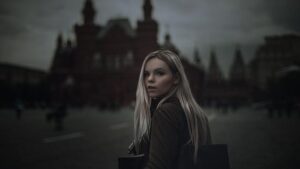 Readers need to know who is at risk and why. You should provide a physical description of your protagonist and information about their personality and backstory.

You might say that they are balding and has a big nose, that they’re always eager to please others, or that their parents abandoned them at a young age.

You might also want to share their name, occupation, or something else that is unique about them.

Use strong dialogue and action to help readers visualize the characters and feel for their personalities. For example, rather than saying “he walked across the room,” try describing how he took long strides or crossed his arms as he walked.

Additionally, use action and description to show what your character is feeling. They might drum their fingers or bite their lip if they’re nervous. If they’re angry, they might clench their fists or flare their nostrils. Use these techniques to help the reader understand your character and what they think and feel.

Remember to be concise and avoid info-dumping.

Ramp up the stakes:

Your readers also need to know what your protagonist wants and what they are afraid of.

What’s at stake if the protagonist fails? Is it something big and important that will add to the tension? Are they fighting for their lives? Their freedom? Or something even more personal? Stakes need to be high for the story to be thrilling and suspenseful. By raising the stakes, you will also increase the tension.

If you can hook your readers with an exciting opening and keep them turning the pages with suspenseful plot points and uncertainty, you’re well on your way to writing a thriller novel that will keep them up all night! 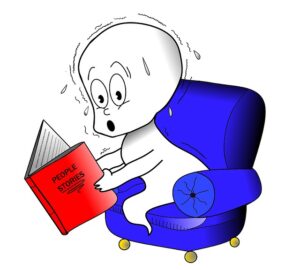 Use red herrings, flashbacks, foreshadowing, and twists and turns to keep readers guessing. This will help build suspense and keep them engaged with the story.

– Flashbacks give information about events that happened in the past.

– Twists and turns can add suspense and excitement to a story, but they can also confuse readers. To make sure your twists and turns are compelling, you need to do three things:

Using these devices, you can create a fast-paced, suspenseful story that will keep readers on the edge of their seats.

And when you create the ending of your story, whether you’re writing a thriller bestseller or a character-driven work of literary fiction, you should make it so memorable that it lingers in peoples’ minds for a long time!

— A big crowd moved through the city in the rain, angrily protesting the government’s latest decision. The sky was dark and filled with storm clouds. Soon, the rain turned into a thundering downpour . . .

Randy woke up in a cold sweat, the remnants of a nightmare still fresh in his mind. He’d seen his 17-year-old daughter being pulled along by a group of young men in uniform and disappear into a crowd.

He raked his fingers through his sweat-soaked mass of dark hair, trying to shake off the dream as “just a dream,” and lay back in bed. It was four in the morning in Vancouver. He was giving a critical geotechnical report the following day and needed his sleep.

Laying in the dark, listening to the hard rain whisked across the house’s roof by a howling wind, he worried about his daughter traveling through Europe alone. She had insisted it was something she needed to do before starting university in the fall. He trusted her. Ever since her mother died six years ago, she’d been more responsible than he was.

He closed his eyes and tried to sleep but found himself back in the dream, seeing his daughter disappear as he called out to her. He found it impossible to fall asleep with worry and fear churning around in his gut.

She’d given him the phone numbers of friends in Europe to call if there was a problem. He should call her. He hesitated; he didn’t want to seem anxious for no reason. It was just that he felt like something was wrong. If he told his daughter that, she’d be furious with him. Call him a wimp.

It was noon in most of Europe. Maybe she’d be up for a chat, which would calm him down. He quickly grabbed his phone and dialed her number. No answer. He left a message asking her to call him because he loved her.

He went and picked up the note with her friends’ phone numbers and started to dial. There was no answer on the first number and no answering service. The other two numbers were not in service. —

In this example, we started with some suspenseful sounds filling the night with tension, followed by the inciting incident – the event that upsets the main character’s world.

Startled by a nightmare, we listen to the main character’s inner thoughts and find that he is a widower, a successful engineer, and a doting father and that he is anxious about his daughter being away in Europe alone. We also know that his weakness is his fear for his daughter and that the worst thing that could happen to him would be if something terrible happened to her.

Finally, by using foreshadowing as a plot device, we keep the reader wondering if the main character will be able to get in touch with his daughter at all. Again, this will create a sense of unease and make people feel on edge.

Write in an active voice for fast-paced readability 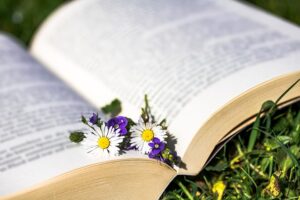 In the passive voice: The lamp was knocked over by a gust of wind.

In the active voice: A gust of wind knocked over the lamp.

The singer wowed the crowd with her powerful performance. (active)

With her powerful performance, the singer wowed the crowd. (passive)

An active voice makes your writing more energetic and lively, whereas a passive voice can make it seem sluggish or bureaucratic. To make your writing more active, try to put the sentence’s subject as close to the verb as possible.

Both are perfectly grammatical, but an active voice will also help make the writing more readable and exciting.

Polish your work until it’s shiny and ready for publication

Edit your work and read it out loud to check for flow and pacing. Make sure that all your plot points make sense and that your characters are fully developed.

Finally, have someone else read it and give you feedback. Your thriller novel will be ready for publication once you’ve made the necessary changes.

Suppose you’re looking to write a book that will keep your readers on the edge of their seats, follow these tips to create an unforgettable opening scene, atmosphere, and cast of characters. Then, with a little bit of practice, you’ll be able to craft a suspenseful mystery that will have your audience clamoring for more.

So there you have it; how to start a novel, so start writing! These are just a few tips to get you started on writing a suspenseful thriller novel. You can create a page-turning masterpiece with a little planning and creativity to keep your readers up all night!

I hope this has been helpful. We’re here to help if you need it.