What is a Logline: How to Build Your Idea in 6 Easy Steps 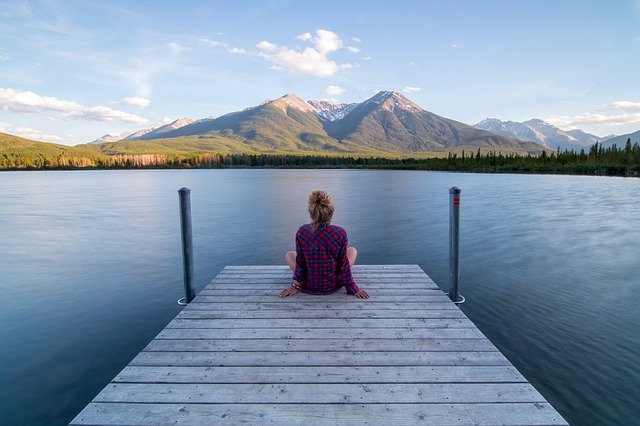 “What’s your story about?” That is the question people will ask you perpetually during the lengthy creation process. What you say to that question is your logline.

Having a good logline doesn’t show how good of an author you are or a good storyteller, but it offers you a chance to show off your creativity and the depth of your story idea.

In addition, having a good logline can make all the difference when it comes to someone making an investment decision!

In this blog post, you’ll get six steps to creating your logline.

A logline is a one sentence or a two (30 words or less) description of what your story is about and what makes it unique from other stories.

For example, “In this thriller, a mother must protect her daughter from a deadly intruder.”

The logline is an essential creative tool. Agents, scriptwriters, and publishers often use these sentences to feel whether your idea has potential.

2. Brainstorm the critical points in your story

The five essential elements in a story are the characters, the setting, the plot, the conflict, and the resolution.

Who is the protagonist?

What main characters are we following in your story, and what do you learn about them early on?

Make your protagonist strong! The best loglines describe characters that are attractive to readers. To do that, show what is different about this character that makes them appealing. What are they like? What do the other characters think of them?

What is the setting for your story?

Is it a school, prison, or something else entirely? Where are all of these events taking place, and when does this storyline occur?

You don’t need to list every single detail about the location. But it would help if you mentioned, in general terms, where these people might be and when.

What is the story?

An excellent place to start thinking about what your book will be about is by making a list of all the emotions you would want your readers to feel when they finish the book: anger, happiness, sadness.

Then ask yourself what needs to happen in the story for them to feel that way? What decision would they need to make, or what tragedy might befall their character?

What is the conflict?

What are some of the critical events that happen to your characters? What does their personality look like now at this point? What are their internal struggles?

These could be obstacles created during the flow of events; external events, such as a challenge imposed by the antagonist, or natural elements like weather.

How will you conclude your story?

End with a twist. Make a surprising or unexpected conclusion. The ending should be what makes your story memorable, not the mere fact that it has an end.

For example, A book about a middle school girl getting bullied for being fat might conclude with her standing up to the bully at the novel’s end. Standing tall is what matters in this story. It’s not just having someone be brave against adversity – they need to demonstrate courage when affronted. That is the moment that defines the character and must be part of your logline!

Now that you have concluded your story, you’re ready to create your logline! Keep these five steps in mind when writing it down. A logline is more like a boiled-down summary, so you want to cut out all the fat and let your idea shine!

It would be best to end up with a logline of around 30 words. Short sentences are okay but not necessary. Remember to avoid numbers and bullet points! Test your logline on friends and family to see if it sounds intriguing or like something they want to read.

If you’re opening the door for others’ opinions, make sure you know what yours is first! Then imagine someone who has never heard of your story before. If they come away with the same feeling you do, then you’re on the right path!

For example, She never saw him as she made her way through the thick night fog and screamed when he grabbed her. Voices calling out to her drifted off into the distance.

4. Use adjectives, verbs, and nouns to create colorful descriptions

For example, He slipped into the loud, overheated bar, ordered a pint of Stella, and sat down in a corner. Staring at the floor, his hair falling over his face, only his eyes lifted when someone entered.

5. The climax – where everything comes together 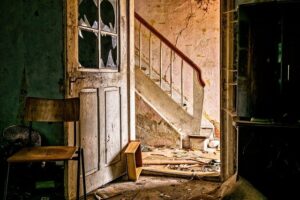 Here is where we see whether or not our protagonist succeeds in resolving the conflict.

After the showdown with the villain, the protagonist’s life transforms. Friends and family think she’s gone crazy, but the truth has set her free. She knows she’s finally safe and lays the villain to rest.

6. The protagonist’s goal, their antagonist, and how they meet them

A successful logline includes the main character, goal, and impediment to their destination.

For example, A young woman struggles to ensure her safety when her ex-fiancé steals her life’s savings and disappears—forcing the killers he’s fleeing to come after her.

You want to focus on what the protagonist does when faced with her most critical stake, in this case, fearing for her life.

What about your protagonist will appeal to readers so that they want to learn more about how she overcomes her challenges? Add character traits and flaws. For example, “a shy, clumsy firefighter” is more interesting than “a firefighter.”

Think of what kind of mood you want the reader to feel as they read your logline (eagerness, fearfulness).

Don’t give away the ending in your logline. You’re selling the story, not telling it.

A photographer in a wheelchair spies on his neighbors from his apartment window and becomes convinced one of them has committed murder.

The aging patriarch of an organized crime dynasty transfers control of his clandestine empire to his reluctant son.

A mentally unstable Vietnam war veteran works as a night-time taxi driver in New York City, where the perceived decadence and sleaze feeds his urge for violent action, attempting to save a preadolescent prostitute in the process.

An aspiring author during the civil rights movement of the 1960s decides to write a book detailing the African-American maid’s point of view on the white families for which they work and the hardships they go through daily.

When a killer shark unleashes chaos on a beach community, it’s up to a local sheriff, a marine biologist, and an old seafarer to hunt the beast down.

Quotes from my favorite authors

In her book “Sell Your Story in a Single Sentence,” Lane Shefter Bishop, says “What’s needed is a top-notch logline, a one-line selling tool like no other. It’s a writer’s most important asset – invaluable for query letters, for keeping laser-focused on what makes a story unique, and for having the perfect elevator pitch ready to go.”

“And now that you don’t have to be perfect, you can be good.” —John Steinbeck

“It is impossible to live without failing at something unless you live so cautiously that you might as well not have lived at all – in which case, you fail by default.” —J.K. Rowling

“Don’t cry because it’s over. Smile because it happened.” —Dr. Seuss

“We are all broken; that’s how the light gets in.” —Ernest Hemingway

“Monsters are real; ghosts are real, too. They live inside us, and sometimes they win.” —Stephen King

“Ride on! Rough-shod if need be, smooth-shod if that will do, but ride on! Ride on over all obstacles, and win the race!” —Charles Dickens

Loglines are fun to read and write. However, writing them can also help you understand your book better! I hope this article has helped you with that or sparked some ideas on how to do so yourself. If not, feel free to leave a comment below for questions and feedback.

Thank you for taking the time to read this post.