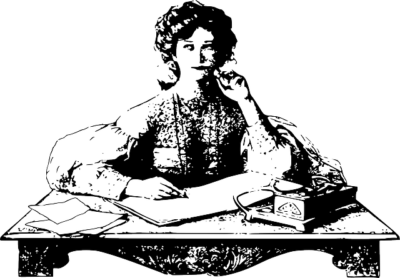 What is a narrative arc? A narrative arc also called a story arc, is defined as “the sequence of events that make up the story.” Therefore, it is essential to understand the different elements and types of narrative arcs to write a compelling story.

This blog post will discuss the different elements and types of narrative arcs, give tips for creating a successful story, and provide several samples to help illustrate how the narrative arc works.

The concept of the narrative arc and its purpose

The narrative arc can be generally divided into three parts: exposition, climax, and resolution

– Exposition is the beginning of the story, in which the characters and setting are introduced. The exposition usually sets up the conflict that will drive the story forward.

– The climax is the height of the action and suspense when the story’s tension comes to a head.

– In the resolution, loose ends are tied up, and any lingering questions are answered.

So that’s sort of what you’re talking about when you refer to the narrative arc – it just refers to that basic story structure.

There are many different narrative arcs in a thriller novel, but some of the most common include the following:

1. The Hero’s Journey arc – This is the classic storyline that has been used in many famous novels and movies, and it follows a character as they go on a journey to save the world or someone they love.

2. The Revenge arc – In this arc, the protagonist is driven by a desire for vengeance and pursues their enemies relentlessly.

3. The Crime arc – This arc tells the story of a criminal or group of criminals as they attempt to carry out a heist or commit other crimes.

4. The Survival arc – This is one of the most suspenseful arcs, and it follows a character as they try to survive against all odds.

The novel Alive tells the story of the survivors of a plane crash in the Andes mountains. For 72 days, they battled extreme weather conditions and starvation before finally being rescued. The 1993 movie adaptation of Alive was nominated for an Oscar for Best Picture.

The three main elements of the narrative arc 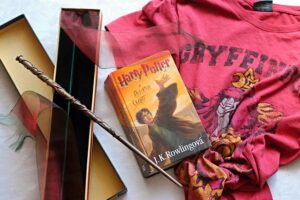 The narrative arc is when the story takes the reader on a journey. To create a compelling journey in your arc, you need to have a strong plot, characters, and setting.

Here are some tips for creating a strong narrative arc:

– Start with a bang: You want to grab your reader’s attention from the start, so make sure your opening scene is strong.

– Create a journey: The narrative arc should take the reader on a journey, whether physical, emotional or both.

– Build suspense to create dramatic tension: You want your reader to be on the edge of their seat, eager to see what happens next.

– Make sure your ending is satisfying and leaves the reader wanting more.

The different types of arcs that can appear in thrillers

There can be a lot of confusion between the different types of arcs that can appear in thrillers. So, let’s clear things up.

Multiple story arcs happen when several storylines happen simultaneously in a story. For example, in Game of Thrones, multiple concurrent storylines are happening at any given time – the political machinations in King’s Landing, the ongoing quest to find and destroy the White Walkers, etc. Each of these different threads can be thought of as its own arc.

Character arcs occur when the story focuses on the character development of one or more characters and their journey to change or grow throughout a story. For example, in the Harry Potter series, readers watch Harry go from an insecure and sheltered boy to a confident young man.

Dramatic arcs are the backbone of most stories – the “main” story that everything else revolves around. For example, Harry Potter series, the dramatic arc follows Harry’s quest to defeat Voldemort and save the wizarding world.

The different types of thriller plots 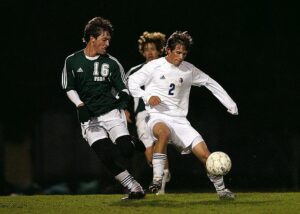 Now that you know the basics of narrative arcs let’s look at some examples.

1. The ‘whodunit’ mystery thriller – In this type of thriller, the audience is kept guessing until the story ends as to who committed the crime. This type of plot is often used in detective stories and can be very suspenseful.

2. The ‘man on the run’ thriller – This is where the protagonist is accused of a crime they didn’t commit and must go on the run to clear their name. This usually makes for a fast-paced and action-packed story.

3. The ‘psychological’ thriller – In this type of story, the focus is on the protagonist’s mental state and how they deal with whatever situation they find themselves in. This can be a very suspenseful and psychological read.

4. Sports stories have thriller plots – Many have been turned into movies, such as Rocky, The Blind Side, and Hoosiers. These movies are top-rated because they tap into a primal human need to see the underdog succeed. They also have universal themes such as the power of love and family, the importance of loyalty, and the strength of the human spirit.

So there you have it! These are just some examples of narrative arcs that can be used in a thriller novel to make a good story.

Tips for creating suspenseful scenes in your own writing

-Create a sense of menace by using ominous music and spooky sound effects.

-Use foreshadowing to hint at forthcoming danger.

-Keep the pacing slow and steady, ratcheting up the tension gradually until it reaches a crescendo.

-Make sure your characters are vulnerable and in over their heads.

-Reveal clues sparingly, so the reader is constantly guessing what will happen next.

-End each chapter with a cliffhanger that will leave the reader desperate to find out what will happen. 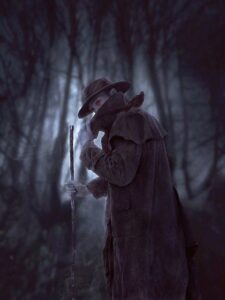 “What are you thinking?”

“I’m thinking he’s lying. I think he’s a bad liar, maybe even a stupid one. He wouldn’t have come back here if he’d killed her-would he? Unless he was trying to lead us on a wild-goose chase and buy himself some time. Unless that was his plan all along: to make us think she was alive so we’d stop looking for her. Oh my God.”

This excerpt demonstrates how a plot can twist and turn, leaving the reader guessing what will happen next. The characters are well developed and believable, which helps keep the reader engaged in the story.

Excerpt from The Girl on the Train by Paula Hawkins:

Rachel took the same commuter train every morning and evening. Every day, she watched the same couple breakfasting on their deck.

She thought nothing of them until she saw something shocking one morning and started to obsess over them. Then, one day, she sees something that makes her doubt her own sanity. Is she seeing things happening, or are her mental health issues causing her to hallucinate?

The novel is a suspenseful exploration of the narrator’s mental state, keeping readers guessing until the end.

What makes a thriller novel so captivating and exciting to read?

People love thriller novels because they are filled with suspense, action, and intrigue. Thriller novels are the perfect escape from reality, and readers can’t help but be drawn in by the fast-paced plot lines and thrilling twists and turns.

Thriller novels are excellent for those who love a good mystery, and they always leave readers wanting more. If you’re looking for a book that will keep you on the edge of your seat, then a thriller is the genre.

So, what makes a thriller so captivating and exciting to read? It could be the suspenseful scenes that keep us on the edge of our seats or the clever plot twists that make us second-guess everything we thought we knew.

Maybe it’s the complex characters who are easy to root for (or despise) or simply the setting in which all the action occurs. Whatever it is, thrillers have a way of sucking us in and keeping us hooked until the end.

Have you ever tried your hand at writing a thriller novel? If not, maybe now is the time to give it a try!

Don’t forget; I’m here to help if you have any questions.