How many scenes should there be in your thriller novel? Many professional writers have struggled with this question throughout their writing careers. There is no one “correct” answer to this question, but there are some things you can consider to help you make the decision.

In this blog post, we will discuss how structure, pacing, and transitions can affect the number of scenes you include in your book. We’ll also provide some tips on how to create a well-paced thriller novel that keeps your readers hooked until the end.

However, the number of scenes in your book is not set in stone. You may want to have several scenes in some chapters depending on the story you’re telling and how you want to pace it.

For thrillers, the average scenes run within the range of 2-5 minutes, while most scenes tend to run towards the shorter end of that spectrum. This is because thrillers are typically fast-paced, with lots of action and suspenseful moments packed into each scene. Shorter scenes also help keep viewers engaged and prevent them from becoming bored or lost.

No matter how many scenes you ultimately decide to include in your book, it’s vital to ensure each one is essential to the story. A perfect scene should advance the plot and move the story forward. Otherwise, it’s just filler and should be cut.

Scenes need to be well-paced, with the right amount of tension and suspense

Well-paced scenes that build tension and suspense will keep your readers engaged. Each scene should move the story forward and keep the reader guessing what will happen next. One way to create suspenseful scenes is to include cliffhangers at the end of each one, which will leave your readers wanting more.

Another way to keep your scenes interesting is to vary the pacing. For example, you can have some fast-paced scenes followed by slower ones, or vice versa, which will help to keep the reader’s attention and maintain interest throughout the story.

For example, the opening scene of Saving Private Ryan is fast-paced, while the scenes near the end where Ryan is finally found are slower-paced.

Likewise, the action-packed car chase scene in The Fast and Furious is adrenaline-pumping, while the more reflective scenes with Dom and Letty in Furious 7 offer a slower pace.

In The Godfather, the movie’s first half moves fast as Michael rises through the ranks of the Mafia, while the second half slows down as he becomes a father and deals with his family’s problems.

Likewise, The Bourne Ultimatum’s opening scene is fast-paced, while the final scene is slow-paced.

Ultimately, it all comes down to what the filmmaker wants to achieve with a particular scene. When you’re writing your scenes, it’s essential to include transitions that help move the reader smoothly from one scene to the next. It helps keep the story flowing, and makes it easier for the reader to follow.

Here are a few things you can do to make sure your transitions are effective:

Starting each scene with a hook will make the reader want to keep reading.

One example of a scene-starting hook might be a character waking up from a deep sleep and realizing that something is terribly wrong.

Another example might be starting a scene with dialogue instead of narration. For example, “The first time I saw her, I knew she was trouble.” This hook sets up a conflict or tension that readers will want to see resolved.

Or a character asking a provocative question. For example, “Why do we love and hate so fiercely?” Again, you can create an immediate sense of tension or conflict and make readers feel like they’re eavesdropping on something they shouldn’t.

Ending each scene with a cliffhanger or a question will leave readers wanting more.

Examples of cliffhangers could be the sudden death of a character, the arrest of the protagonist, or the unexpected arrival of a villain.

Using transitional phrases or words to help move the reader from one scene to the next.

Here are a few transitional phrases that might help you capture the moment:

– As I move my hand across the page, the pencil glides.

– The fabric is so soft, like butter against my skin.

– The car engine is humming quietly, and I feel the vibration through my feet.

– I can smell the popcorn popping, making my mouth water.

Some common transitional words are “however,” “nevertheless,” “on the other hand,” “although,” “in contrast,” “to begin with,” “in addition,” “moreover,” “last but not least.”

One example of a great transitional scene occurs toward the beginning of The Godfather: 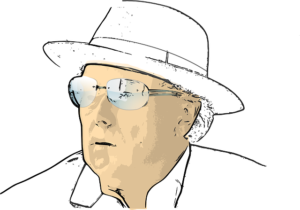 Just after Sollozzo’s men shoot Michael Corleone, we see him lying in the hospital bed, with his hand bandaged. He looks completely devastated. Suddenly, we see his face transform into a look of pure determination – he’s no longer just a victim but ready to fight back.

This brief scene tells us everything we need to know about Michael’s character – he’s not going to take this lying down; he will get revenge.

Here is a transitional scene from one of my thriller novels:

– As Ben swayed in and out of consciousness, his body slumped. Sounds became muffled. He tasted warm blood running down his face. Hang on … the police will get here… He couldn’t feel much anymore.

Was this how his father had felt when he died? As in a fog, he saw himself walking out of a mall after back-to-school shopping with his parents. They all started as shots rang out. His father took off, running toward the street. His mother stretched to see. He looked up at her and yanked her arm. “Mom?” People were rushing past them. A little girl screamed for her mother. Another shot rang out. His mother cried out, wrapped him in her arms and held him so tight he couldn’t breathe. He struggled, pulled away and bolted for the street. “Daaad!”

His father’s body covered a child in the middle of the street, blood gushing out of his neck.

A thriller novel needs a strong structure, with a clear beginning, middle, and end

When planning your scenes, it can be helpful to think about the three-act structure many stories follow.

– In the first act, you introduce the characters and setting and establish the conflict.

– The second act is when things start to go wrong, and the characters are put to the test.

– The third act is the resolution, where the conflict is resolved, and the story ends.

Knowing how many scenes to include in each act will help you pace your novel so that it’s not too slow or fast-paced. You don’t want your readers to get bored or lost, so finding a balance is essential.

There are a lot of different ways to keep a story moving forward. However, here are a few tips that might help you out:

Make sure your scenes are connected:

Each scene should build on what came before and set up what comes next. There should be a clear connection between all your scenes.

Make sure each scene has a clear goal or purpose:

Ask yourself, what does your character want to achieve in this scene? What’s the conflict? By focusing on what needs to happen in each scene, you can keep the plot moving forwards.

Make sure each scene ends with some cliffhanger or unresolved issue:

This way, readers will be eager to find out what happens next and keep flipping the pages. Just beware that readers might get overwhelmed if all your scenes are fast-paced and action-packed. Throw in a few slower scenes to give them a break and let them catch their breath.

By understanding the principles of thriller structure and pacing, you can create a terrific novel that will keep your readers on the edge of their seats. With well-placed scenes and transitions, you can build suspense and tension until it reaches a fever pitch in the climax of your story.

The structure is key to ensuring that your reader stays engaged throughout the novel, so plan each scene carefully and ensure that they all work together towards a common goal.