Foreshadowing is a technique used in thriller novels to hint at future events. It’s a way of building suspense and keeping readers hooked on the story.

However, another technique can also create suspense in thrillers – opposite foreshadowing. This technique involves hinting at events that will not happen or revealing information that you shouldn’t know.

This blog post will discuss the opposite of foreshadowing and when you should use it in thriller novels. We will also look at some examples from popular thrillers to see how it works in practice.

The meaning of foreshadowing

When applied to real life, you can think of foreshadowing as preparing for something yet to happen. It’s a way of getting ourselves ready for what’s to come so we wouldn’t be caught off-guard when it happens.

Foreshadowing is a crucial element in any thriller novel. It allows the reader to constantly guess and keeps them on the edge of their seat, waiting for the next twist or turn. While opposite foreshadowing might not be everyone’s cup of tea, it has its place in the genre. Done well, it can add an extra layer of suspense and intrigue to your novel. 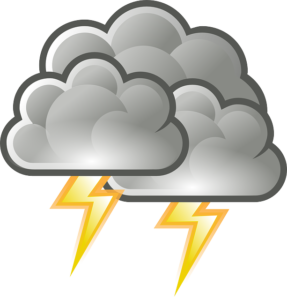 For example, let’s say that in a mystery novel, one of the characters is talking about who killed the victim. This character might say something like, “I saw the whole thing. The killer came up from behind and stabbed her in the back.”

Later, we find out that this character was the killer and that he was trying to mislead the investigation. In this case, he planted the false information to foreshadow the character’s true nature covertly.

For example, let’s say there’s a scene in which two characters talk about a third character who is not present.

The reader is left wondering what John did, creating a sense of suspense or unease. In addition, by withholding information, the author can covertly foreshadow future events.

What is the difference between covert and overt foreshadowing? 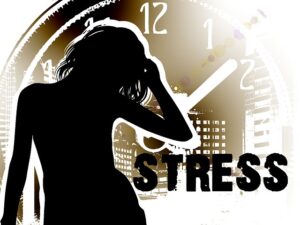 Covert foreshadowing is when the author subtly hints at future events without the reader realizing it. You can do this through dialogue, characters’ thoughts and actions, or even the setting. For example, in Agatha Christie’s And Then There Were None, one of the characters mentions that “in England, everyone has a gun.” This comment hints that someone will eventually shoot someone.

Overt foreshadowing is when the author is blatant about what will happen. For example, in Stephen King’s The Shining, we are told from the beginning that the Overlook Hotel is haunted, which clearly hints that something sinister will happen in the book.

How and when to use opposite foreshadowing in your thriller novel

When to use opposite foreshadowing:

Or, you could foreshadow a character getting their comeuppance but then have them get away with what they did. By using opposite foreshadowing, you can keep your readers on their toes and guessing until the end.

Things to keep in mind when opposite foreshadowing 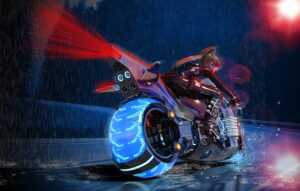 – Make sure your hints are clear enough to be noticed but not too clear that they give away the entire plot. For example, in the novel Gone Girl, Gillian Flynn plants clues throughout the story that hints at the fact that Nick Dunne is guilty of murder.

– Try to plant your clues early on in the book, so the reader has time to piece them together. One way to grow covert clues early on in a thriller is to use a character’s backstory to hint at future events. For example, suppose you know that a particular character will be involved in a car accident later in the story. In that case, you could foreshadow that event by mentioning the character’s love of racing cars or their fascination with speed.

– Use opposite foreshadowing sparingly so that it still has an impact when it’s finally revealed.

-Hindsight: This is the view of an event after it has already happened. It allows a person to see what could have been done to change the outcome.

-Anticipation: Anticipation is feeling or excitement about something that will happen in the future.

-Premonition: A premonition is a feeling that something terrible will happen.

Here are a few examples of opposite foreshadowing in thrillers: 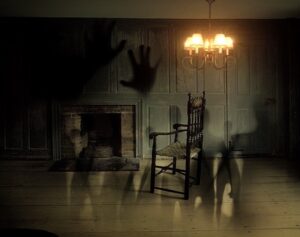 – In Gone Girl, the use of opposite foreshadowing creates a sense of unease and suspense for the reader. Throughout the book, there are hints that something is not quite right with the protagonist, Amy Dunne. However, it is not until the novel’s end that the reader discovers that Amy is a sociopath.

– In The Girl on the Train, opposite foreshadowing keeps the reader guessing what happened to the missing woman, Rachel. The reader gets glimpses of Rachel’s life and her relationships, but it is not until the novel’s end that the reader learns the truth about what happened to her.

– In The Haunting of Hill House, by Shirley Jackson, opposite foreshadowing is used to build a sense of dread and unease. The reader sees normal scenes of the house, but as the novel progresses, these scenes become eerier and eerier. By the novel’s end, the reader is left wondering what truly happened in the house.

One of the best ways to project fun in covert foreshadowing is by being creative and thinking outside the box. Write down contrasting words. Think of creative ways to foreshadow events without making them too obvious. This way, they’ll be able to keep readers engaged and guessing what will happen next.

I’m here to help if you need it. Just let me know in the comments below.

How long should a thriller novel be? Many writers struggle with this question. Unfortunately, there is no easy answer. The length of your book will depend on various factors, including […]