Dialogue is one of the most important aspects of a thriller novel. It can make or break the reader’s engagement with the story. This blog post will discuss five types of dialogue commonly found in thrillers: directed, misdirected, inner, outer, and modulated. Each type has its own unique set of challenges for the writer, allowing you to create a more engaging and exciting thriller novel by mastering each type!

Five types of dialogue and what they signify

Directed dialogue is when two or more characters talk directly to each other, intending to communicate something specific.

Misdirected dialogue is when a character says something that they believe to be true, but it turns out to be false.

Inner dialogue is when characters think to themselves, either silently or aloud.

Outer dialogue is when a character talks to someone who is not present.

Modulated conversation is when two or more characters are talking, but other elements, such as action or description interrupt their conversation.

Use directed dialogue to move the story forward or reveal essential information.

The famous “showdown scene” between the protagonist and the villain is one of the most classic examples of directed dialogue in thrillers. This scene is a pivotal moment in the story where the two characters face off against each other, sometimes with life or death stakes. This scene is often loaded with tension and suspense, as both characters try to outwit and outmaneuver each other.

“You’ve met me at a very strange time in my life, Clarice.”- The Silence of the Lambs

“I’m not a nice person.”- The Girl with the Dragon Tattoo

“We have to go deeper.”- Inception

– One example of misdirected dialogue can be found in The Dark Knight movie. In one particular scene, the Joker interrogates Harvey Dent in a holding cell. The Joker tries to get Dent to confess to his crimes, but Dent doesn’t break. The Joker becomes more and more frustrated until he finally grabs a knife and cuts open Dent’s cheek. This is an effective way of getting Dent to talk because it causes him a lot of pain.

– Another example of misdirected dialogue is when the protagonist tries to get information from someone who doesn’t know anything. The informant might be unwilling to talk or not have any valuable information to share. The protagonist needs to realize that they are not getting anywhere and move on to other leads.

“I’ve got a gun!” is probably the most common type of misdirected dialogue in thrillers. It creates suspense and keeps the audience guessing about the perpetrator’s true intentions.

“I know what you did last summer.”- This line is often used to surprise or shock the audience, resulting in a dramatic revelation or plot twist. 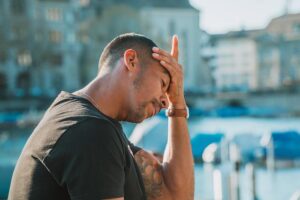 Internal dialogue gives insight into a character’s thoughts and feelings. This can be an effective way to build empathy for a character or create suspense by showing what a character is thinking but not saying aloud.

For example, a character might be walking down a dark alleyway and wondering if they should turn around or keep going. Giving the reader a glimpse into the character’s thoughts helps build up the suspense and makes the reader feel more invested in what’s happening.

Another everyday use of inner dialogue in thrillers is to reveal clues about the plot or characters. For example, a character might be thinking about someone they met earlier in the story and trying to figure out their motive. Showing what the character is thinking helps reveal essential plot points and keeps readers engaged in the story.

For example, I can’t believe I’m doing this. What am I getting myself into? This is nerve-wracking. I hope I make it through this alive.

Or I have to stay calm and focused. If I start panicking, I’ll only make things worse. I can’t afford to make any mistakes now. One wrong move and it could be all over.

– Another example comes from the book Gone Girl by Gillian Flynn. In this novel, Nick Dunne’s wife Amy goes missing. We hear Nick’s inner dialogue as he thinks about what could have happened to his wife: Maybe she got lost. Maybe she ran away. Perhaps she’s dead. Stop thinking the worst. She’s probably fine, just waiting for someone to find her. But what if she isn’t? What if something happened to her.

Here are a few examples of inner dialogue from well-known thrillers:

I can’t let him get away with this! – The Fugitive

What have I done? – Psycho

I’m not going to prison! – The Shawshank Redemption

He’s going to kill me – Saw

Outer dialogue can provide exposition about the world or the characters or foreshadow future events.

– In the novel, Kiss the Girls by James Patterson, the main character, Alex Cross, is interrogated by the police. You can use outer dialogue to show the interrogation that took place:

Police Officer: Where were you on the night of Maria swagger’s murder?

Cross: I was at home.

Police Officer: What time did you go to bed?

– One example of outer dialogue in a thriller novel is when a dangerous villain is chasing the protagonist. The protagonist thinks I have to lose this guy. He’s getting too close! This creates suspense for the reader as they wonder whether or not the protagonist will be able to lose the villain and escape.

– Another example is when the protagonist is trying to figure out who the villain is. The protagonist may think to themselves, Could it be John? He seems shady and has been acting strange recently. 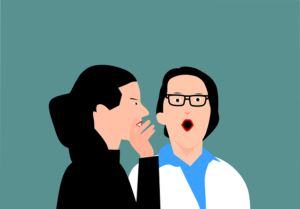 Well-modulated dialogue is one of the essential elements of a successful thriller. It can keep the reader hooked and engaged in the story while providing clues and hints about the plot.

In thrillers, modulated dialogue is often used to create suspense and tension. For example, a character might lower their voice conspiratorially or use cryptic code language to keep secrets from being overheard. Or, they might speak exaggeratedly or artificially to disguise their true intentions.

It can be challenging to discuss modulated dialogue without giving too much of the plot, but here are a few examples:

“I’m not going to hurt you,” he said calmly. “I just need you to answer some questions for me.”

“We have to go now,” she whispered urgently. “They’re coming.”

“Where do you think you’re going?” he asked, dripping with malice.

An excellent example of modulated dialogue in a thriller is the scene between Clarice Starling and Dr. Hannibal Lecter in the movie The Silence of the Lambs. In this scene, Lecter is trying to manipulate Starling into revealing personal information about herself, and Starling is trying to maintain her composure while also getting input from Lecter. The exchange is polite but tense, with each character taking turns talking and listening.

Another good example can be found near the end of the movie The Bourne Identity when Jason Bourne confronts the man who was responsible for his amnesia. The two men have a heated discussion where they trade insults and threats, but at the same time, they’re also trying to figure out who the other person is and what their connection is.

The different types of dialogue in a sample story:

– As the two employees argued about who should be seated at the CO’s table at the formal dinner, their words began to take on a more heated tone. The taller of the two, standing slightly behind his colleague, stepped forward and said in a modulated voice, “I think I should be seated at the CO’s table since I’m the senior officer here.” His face was slightly flushed, and his eyes darted around the room as if he were looking for support from the other guests.

However, his colleague was quick to respond. “I don’t see why you think that,” she said, her voice laced with sarcasm. “I have more experience in protocol, so I think I should be seated there.” The woman crossed her arms and glared at her colleague, daring him to contradict her. Her colleague started to modulate his voice, trying to reason with her.

As the two continued to argue, it became clear that neither was willing to back down. Eventually, the CO intervened and said that both employees would be seated at the table. While they may not have agreed, they were forced to put their differences aside and work together.

Thriller writers know that a conversation is a powerful tool. Using different techniques to direct and misdirect dialogue creates suspense and keeps the reader engaged. Inner and outer dialogue are two essential tools for modulating conversation in thrillers. If you want to create tension in your writing, consider how these techniques can control the flow of information and keep your readers on the edge of their seats.

Have you tried using any of these techniques when you create dialogue? What results did you see? Let us know in the comments below!