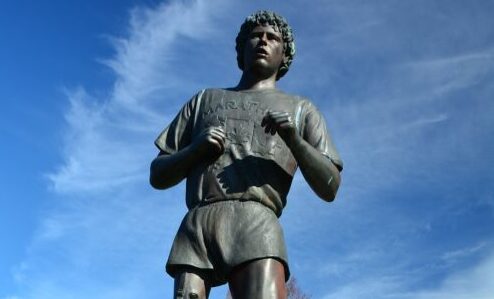 A hero archetype usually possesses qualities such as courage, intelligence, wisdom, and bravery to help them overcome dangerous obstacles or challenges – they may even save an entire town or country from war or destruction!

What is the hero archetype?

A hero archetype is a character who possesses qualities that are considered heroic. Hero archetypes often play the role of protagonist in novels, short stories, and movies. In addition, you will find hero archetypes in thrillers and many other genres, including romance novels.

Key characteristics of this archetype

A hero can be someone you admire, look up to or want to be like. They are often someone who is strong and can stand up for themselves as well as others in difficult times – those are universal qualities.

In thrillers, the hero archetype is usually a character who faces physical danger and moral dilemmas. The stakes are high, and they must use all their skills and strengths to reach their goals to save others.

They might use their intelligence and wit and the help of other characters to overcome challenges such as evil masterminds who attempt to take over the world. In addition, hero archetypes will often go up against terrifying villains with powers that appear supernatural or magical!

Qualities that make a good hero 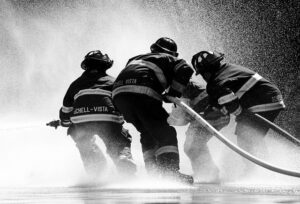 A hero is brave and protective, always putting others first. They are often skilled in martial arts or weaponry and can handle themselves in a fight.

They also have a strong sense of justice, righteousness, and morality and will stand up for what they believe in, even if it means going against the grain or risking their safety.

There are many admirable archetypes, like the immigrant archetype who comes from great hardship and adversity yet makes the courageous decision to start over in a new country to create a better life for themselves and their families.

But, unfortunately, they often must overcome incredible obstacles to survive, let alone thrive. Think Terry Fox; he was an epic hero of our time.

Another excellent example of an admirable archetype is a firefighter. They are always putting themselves in danger to help others, and they are always willing to lend a hand. They are also typically humble and modest about their accomplishments.

A hero’s main feat is usually defeating the villain and saving the day.

Examples of heroes in thrillers

Harry Potter from Harry Potter, Katniss from The Hunger Games, and Lisbeth Salander from The Girl with the Dragon Tattoo are great examples of thriller heroes.

They are brave, skilled fighters who always stand up for what they believe in, no matter the cost. They also have a strong sense of morality, which helps them fight against evil villains without guilt or hesitation.

Since every story must have a protagonist, it is helpful to know which category or type of character the protagonist belongs in. Certain protagonists are flawed and inherently good at the same time.

And then we have a few different types of heroes:

The tragic hero is a character who embodies both the best and worst of human qualities. They are often greatly admired and respected, but they also make tragic mistakes that lead to their downfall.

Their story usually involves a dramatic reversal of fortune, in which they fall from great heights to complete disaster.

Some of the most famous tragic heroes in history include Oedipus Rex, Julius Caesar, Hamlet, and Macbeth.

One of the best-known examples of a tragic hero, Oedipus Rex, fits this description perfectly. After learning that he has killed his father and married his mother, Oedipus gouges out his own eyes in shame.

The anti hero is a popular archetype in contemporary fiction. They typically don’t conform to society’s norms and expectations and instead follow their own path.

The anti hero may be morally ambiguous, and their actions may not always be justifiable. But despite their flaws, we often find ourselves drawn to them because they’re complex and interesting characters.

Some of the most famous anti heroes include Batman, Han Solo, Lisbeth Salander, and Dexter Morgan. Each of them is unique in its own way, but they all share common qualities such as strength, courage, and independence. And while they may not always be good people, we can’t help but root for them anyway. 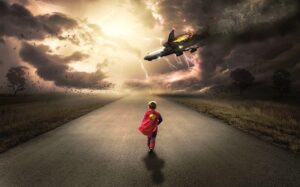 The bottom line is that the superhero represents different things to different people, and there is no single interpretation that is universally accepted.

What matters most is what the individual viewer brings to the table regarding personal beliefs and values. If you look at the superhero through a lens of cynicism, you may see him as a tool of corporate greed or government oppression.

But if you look at Superman, for example, a superhero through the eyes of a child who still dreams that the world can be an idealized, safe and secure place where everyone is accepted for who they are no matter how different – you might see him as a symbol of hope.

Why are these qualities important for thriller authors

It’s essential to know about hero archetypes because you need to have a strong protagonist for the book to be successful – a warrior that will do what it takes to reach their goal.

Hero archetypes are great because they help readers relate to your character and want them to succeed, making it easier for you to write about that character’s actions and reactions throughout the story and making things more realistic.

Understanding the hero archetype is key to writing a successful thriller. By including qualities like intelligence and honesty, you can make your protagonist someone readers admire and want to root for. Thanks for reading, and good luck with your writing!