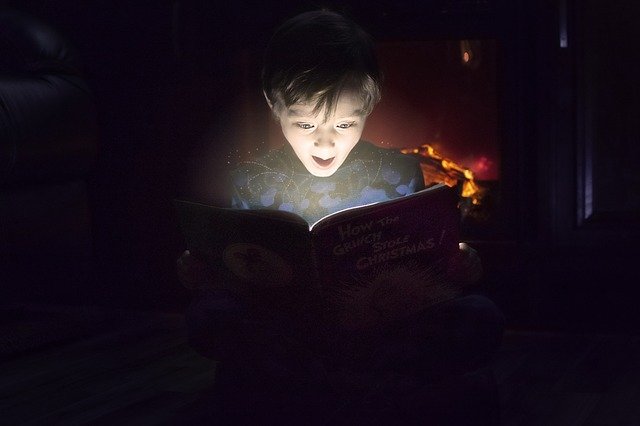 A plot twist is a sudden, unexpected event that changes everything. Plot twists are used in novels to keep readers on their toes and provide emotional depth for the characters.

There are six types of plot twists. You can find these differences in many thriller novels, for example, The Girl with the Dragon Tattoo by Stieg Larsson or Gone Girl by Gillian Flynn.

Why do you need a plot twist?

Why do plot twists need to be unexpected?

A plot twist is a literary device that introduces a radical change in the direction of a story. You can use it to surprise the reader, complicate the story, or reveal hidden truths. Some plot twists are so unexpected that they leave readers reeling, trying to understand what has just happened.

There are all sorts of reasons why writers might choose to use a plot twist.

They may use it to surprise the reader or keep them engaged in the story or use it to complicate the story further or reveal hidden truths about the characters or plot. Whatever the reason, a well-executed plot twist can be an immensely satisfying experience for readers.

When are they used?

You can use many techniques to create a successful plot twist in your thriller novel. A plot twist doesn’t have to be earth-shattering. However, it should somehow leave both characters and readers feeling breathless, surprised, or shocked.

Plot twists are often used at key points in books throughout the story so think about where you would like yours to fall – perhaps near the end? Or what if there is no plot twist, but just an extra surprise added onto the ending?

Plot twists don’t always need to happen within chapters either; they can happen anywhere that will shock your audience into focusing more attention on what happens next.

1. The protagonist is the murderer (The Girl with the Dragon Tattoo)

A plot twist of reversal occurs when something the reader doesn’t expect happens. For example, in The Girl with the Dragon Tattoo, protagonist Lisbeth Salander is suspected of murder, but it turns out she was framed for this crime by her father and another man who were part of a plot against her.

This plot twist reverses what the reader has expected to happen and makes the story more complex.

Another example of this plot twist is in the novel Gone Girl by Gillian Flynn. This book reveals that Nick Dunne’s protagonist has killed his wife, Amy, which comes as a shock to readers who expected Nick to be the victim of his wife’s disappearance.

2. The antagonist turns out to be a good guy in disguise

One plot twist that follows this concept is in the novel The Da Vinci Code by Dan Brown. In it, the protagonist Robert Langdon meets a man who he believes to be an antagonist, but it turns out that this person has been working with him all along.

This plot twist makes readers question their judgment of characters and adds another dimension to the story’s complexity.

3. A new character enters and turns everything upside down 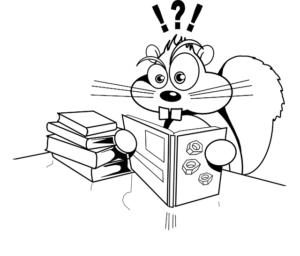 This plot twist is familiar in thrillers and works exceptionally well if it’s a character we know little about or have come across at just the right/wrong moment for this information not to feel too predictable.

There are many more plot twists than these examples, which all use different techniques and work in their specific way. It all depends on what you want your story, novel, or screenplay to achieve.

Plot twists are an essential part of storytelling. You can use them to shock readers or surprise them, but either way, plot twists must work in the context of your writing and what you want to achieve with it.

The protagonist, Sara, is petrified. Since she found out that her ex-fiance was part of a Vancouver drug gang, she has tried hard to get away from him. She even let him talk her into giving him money to pay for illegal papers that would allow him to get out of the country. She wasn’t proud of it. She never told anyone about it. She knows she should have, but was too scared of the gangs. And now it was too late.

Here he was, back on the phone telling her the deal with the papers didn’t go through. He was on the run again, badly wounded, and this time, both the cops and the gang were after him for killing one of the gang members. With that, her life had become even more hazardous.

“So, if you’re thinking of telling the cops, don’t,” Jason said. “They know who the gang leaders are. They’ve been trying to pin something on them for years. And probably will for years to come. Do you want to stay in a safe house for the rest of your life?”

4. One of the characters in a relationship gets betrayed by their partner in some way

The character is – often sexually assaulted by them without consent or knowledge of their partner’s true nature/intentions beforehand (Gone Girl).

Betrayal is an emotional plot twist that helps to highlight the protagonist’s issues and past trauma.

– Plot twists help keep readers on their toes until they reach the climax moment where everything becomes clear.

Plot twists are an essential part of storytelling as it adds suspense and mystery throughout your work, but they should always be well thought out as you don’t want them feeling random or out of place.

An example would be if, all along, there was another person who had been manipulating you and causing you to believe something wrong.

Plot twists are used for many different reasons, including suspense, added conflict, and unexpected endings, which is why they should always be well thought out ahead of time to avoid confusing your readers.

This plot twist is mainly used for dramatic effect, highlighting how easily misunderstandings can occur between people who deal with specific traumas.

5. A new twist in the plot changes everything for both characters and readers alike 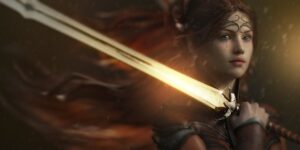 When our protagonist throws herself out of the car right before it speeds off a cliff, plot twists are also often used to create suspense and mystery in thrillers, making them enjoyable for readers as they wait to find out what happens next.

Plot twists can be very effective at hooking your reader’s attention, so try not to use too many or confuse your readers – remember that you want the plot twist itself plus its significance.

6. Someone who was thought to have died comes back alive

She thought he was dead, but he came back to her with a shocking secret. You can also use plot twists to reveal confidential information that changes everything the reader knows about the story, adding suspense, tension, and surprise.

You can use many techniques to create a successful plot twist in your thriller novel. A plot twist doesn’t have to be earth-shattering. However, it should somehow leave both characters and readers feeling breathless, surprised, or shocked.

Sara quietly opened the door and saw Cathy tied up to a utility bench, blindfolded and gagged. She hurried up to her.

“Willa, it’s me,” she whispered, leaning over her, tearing at the blindfold. “I’ll get you out of here.” Then, as she reached for the gag, she felt a sharp pain at the back of her head and blacked out.

She woke up to loud music. An old T-shirt was stuffed in her mouth, and she was tied up in a sitting position on a weight bench about two meters in front of Cathy.

“Handy to have the use of your equipment,” said a familiar voice behind her.

“And what a treat it is to watch you looking so terrified.”

Sara fought to loosen any part of her body from the bench. Jason stepped into view. He leaned over her, and she stared up at his bleached hair and beard, streaked with black. He was a madman, with hate in his red eyes, and she knew he’d come to get his final revenge.

Plot twists are often used at key points in books throughout the story so think about where you would like yours to fall – perhaps near the end? Or what if there is no plot twist, but just an extra surprise added onto the ending?

Plot twists don’t always need to happen within chapters either; they can happen anywhere that will shock your audience into focusing more attention on what happens next.

A plot twist can be the difference between boring and captivating. So how do you know when to use one? When your protagonist loses grip on the story, there’s not enough tension in an eventful scene, or a character has become too predictable for readers who want something new.

The best twists come out of the left-field but still make sense in retrospect – they’re surprises that are worth waiting for!

Have you ever created any good plot twists in your stories before? Let me know in the comments.