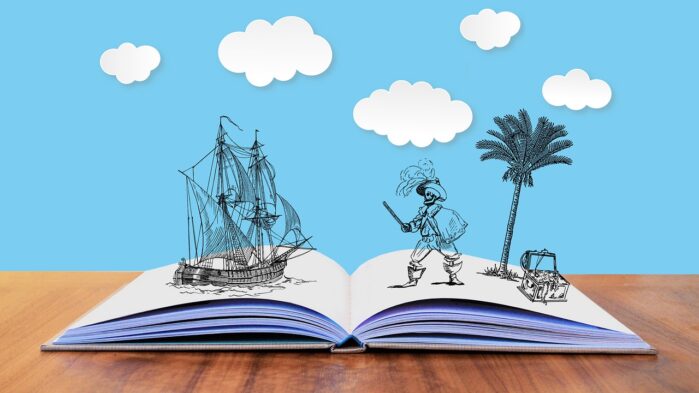 The first-person point of view is a tricky perspective to write in. It can be a fantastic way to connect with your readers, but not all authors are capable of pulling it off effectively. If you’re considering writing in the first person point of view, there are many things that you should know before diving headfirst into the story! This blog post will discuss the benefits, limitations, tricks, and pitfalls that writers should note before choosing this style for their work.

What is the first-person point of view?

This writing technique is used when the narrator/main character speaks directly to you as if they were telling their story in the first person, which means that everything said, every description and anecdote, comes from this one character’s perspective. You have a front-row seat to the story.

Why is the first-person point of view so prevalent in thriller novels these days?

First-person POV is a relatively easy writing style to master, as long as you’re working with one point of view. The first-person point of view allows the writer to connect with their readers; few other perspectives can. The first person is all about seeing through your character’s eyes and feeling what they feel, so it makes sense that thriller writers would gravitate towards this perspective since thrillers are usually from the protagonist’s POV anyway!

What are some benefits to writing from the first-person point of view?

First-person POV is great for thrillers because it creates a sense of intimacy between the reader and the protagonist. The reader can see what the protagonist is doing moment by moment and know exactly why they do these things. Bringing the reader in close like this gives the story and storyteller credibility, which helps create suspense.

First-person POV is also great for getting inside your protagonist’s head. The readers can get a feel for their personality and what makes them tick, which helps them understand their choices in their novel.

The pronoun “I” in the first-person point of view expresses an opinion. It builds a sense of familiarity between reader and narrator, allowing the writer to subtly guide the reader by telling a story with a bias. This perspective will enable authors to immerse readers into their stories by helping them identify with the main character from beginning to end. It also creates a sense that the reader is experiencing events as they happen. The first person allows for deeper exploration into motivations and emotions, not just actions.

This perspective also helps to develop tension in scenes where your character is alone or isolated. Things will happen outside your immediate surroundings that indirectly affect them in your story. Their perspective limits a reader’s access to information. They only know and experience what the narrator does, an effective tool for creating suspense and intrigue in stories, particularly in thrillers or mysteries.

Limitations: First-person point of view is highly versatile and can be used in any genre, but it may not always be the best choice for a thriller novel. First, it limits how much we know about other characters, which means your protagonist must have strong character development that the protagonist observes somehow.

Starting every line with “I” can become repetitive. Instead, vary your sentences by illustrating thoughts or feelings. For example, instead of writing “I felt tired walking through the deep snow,” try “The mountain was buried in snow, making every step feel like a mile.” 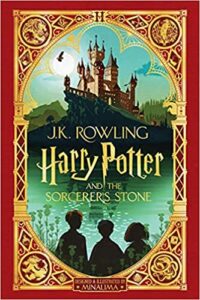 JK Rowling wrote her Harry Potter books using a limited third-person point of view that made Harry the focal point. The narrator can tell us what Harry is thinking, feeling, and seeing as well as zooming out to tell us about the tricky situations he finds himself in.

Quote by Albus Dumbledore, Harry Potter and the Goblet of Fire: “Numbing the pain for a while will make it worse when you finally feel it. You have shown bravery beyond anything I could have expected of you. I ask you to demonstrate your courage one more time. I ask you to tell us what happened.”

Quotes by JK Rowling: “I was set free because my greatest fear had been realized, and I still had a daughter who I adored, and I had an old typewriter and a big idea. And so rock bottom became a solid foundation on which I rebuilt my life.”

“The most important thing is to read as much as you can like I did. It will give you an understanding of what makes good writing, and it will enlarge your vocabulary.” 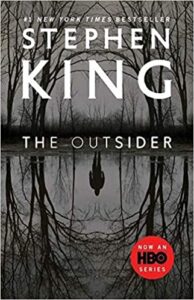 Stephen King wrote many books in the first person: Rage, Christine, Dolores Claiborne, Green Mile, and Bag of Bones are a few among them. First-person is an excellent choice for King as he can bring the reader into the main character’s mind and tell us exactly what they’re going through.

Quote by Dolores Claiborne: “Sometimes you have to be a high riding bitch to survive, sometimes, being a bitch is all a woman has to hang on to. I’m not making an enemy; I’m keepin’ one.”

Quote by Stephen King: “I was in enough to get along with people. I was never socially inarticulate. Not a loner. And that saved my life, saved my sanity. That and the writing. But to this day, I distrust anybody who thought school was a good time. Anybody.”

Gillian Flynn wrote Gone Girl from the first-person point of view. The book might not have been as successful if it had been written in the third person because the reader knows the main character’s every thought, no matter how unsavory.

The tone of Gone Girl is dark. Suspense is created when Amy mysteriously disappears. Nick is an unreliable narrator; you can never trust anything he says. The reader is never sure what to believe, creating a mood of suspense and tension. Under mounting pressure from the police, the parades an endless series of lies, deceits, and inappropriate behavior. But is he a killer?

Nick says, “Just as Amy took the credit for making me my best self, I had to take the blame for bringing the madness to bloom in Amy. There were a million men who would have loved, honored, and obeyed Amy and considered themselves lucky to do so. Confident, self-assured, real men who wouldn’t have forced her to pretend to be anything but her own perfect, rigid, demanding, brilliant, creative, fascinating, rapacious, megalomaniac self.” 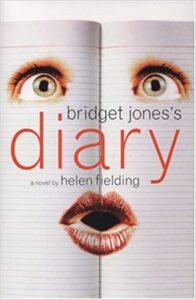 Bridget Jones’ Diary is written in the form of a personal diary. The novel chronicles a year in the life of Bridget Jones, a thirty-something single working woman living in London. She writes about her career, self-image, vices, family, friends, and romantic relationships. By 2006, the book had sold over two million copies worldwide. Critics have credited Fielding’s novel as the earliest written version of the contemporary chick-lit movement.

Bridget says, “Shut up, please. I am very busy and important.”

Bridget: “That’s not a good enough offer for me.” 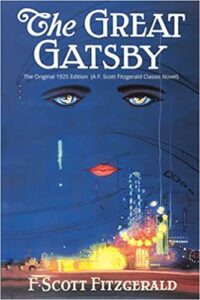 The Great Gatsby was inspired by a youthful romance Fitzgerald had with a socialite and the riotous parties he attended on Long Island’s North Shore in 1922. The novel depicts first-person narrator Nick Carraway’s interactions with mysterious millionaire Jay Gatsby and Gatsby’s obsession to reunite with his former lover, Daisy Buchanan.

A famous quote by Gatsby:

“Can’t repeat the past?” he cried incredulously. “Why, of course, you can!”

He looked around him wildly, as if the past were lurking in the shadow of his house, just out of reach of his hand.

Use these tips if you want to try this style but don’t know how to do it. The first person is great but can be tricky to get right – here are some tips for getting started!

1. You need to know whose point of view you want the reader to hear and how it will add to your story. The first person allows for a different style than the third, but you still want it to feel like one cohesive novel.

2. First person point of view can also help readers understand things they might not know about the world you created, like how a particular culture works.

3. First person does have limitations to consider before starting the first draft. For example, you can only provide information on other characters that the main character observes themselves.

4. First person is also much more suited for memoir than fiction, so if your story requires multiple points of view or your readers need to know what other characters are thinking, it might not be your view of choice.

– Write about something that happened to you today

-Describe what it feels like when you feel like you’re being watched by someone else, but you can’t see them

The first-person point of view can be an effective way to write a story, but you must know the limitations and benefits before attempting this perspective.

I wish you all the best,