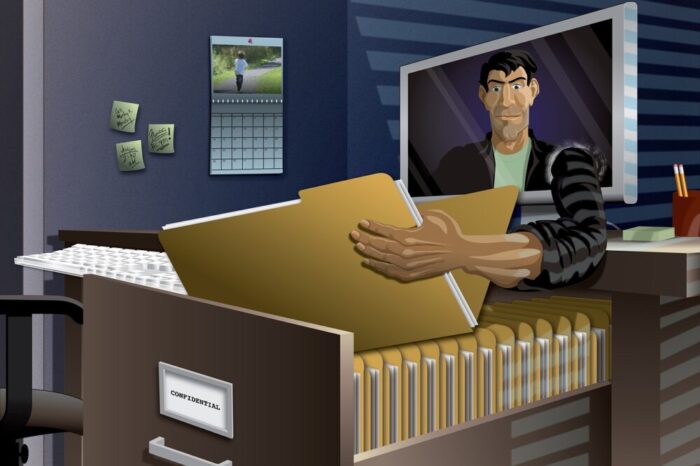 Antagonists and protagonists are two of the most prominent characters in fiction. The antagonist is usually “the bad guy” who opposes the protagonist. They provide obstacles for the protagonist to overcome, which makes their story more interesting. Protagonists are typically heroes that strive to achieve a goal or accomplish something meaningful for themselves or others.

Antagonists don’t always have to be evil; they can also be people with different opinions than you, which gives them an obstacle too! However, every thriller needs an antagonist. Antagonists can be obvious or subtle, but they always must oppose the protagonist somehow. Antagonists also provide tension and conflict for your main character to overcome, making things interesting.

Antagonists do not necessarily have to be human. They can be anyone from a stranger or a villain to an oppressive government or an illness. They can also be a place, a situation, a thing, or an attitude within the protagonist. In a war film, for instance, the antagonist may be an entire country.

The antagonist may have an entire group behind them, much like the protagonist does, which could be a significant social movement or even just one other person who helps create conflict in your story.

And there is the antagonist with an opinion. This antagonist is not necessarily evil; they may disagree with you about certain things. For example, if your protagonist loves tech gadgets, this person might hate tech gadgets because they have changed society. Antagonists play a significant role in the story because they challenge your protagonist’s beliefs, goals, or opinions.

The difference between antagonists and villains is that antagonists are characters who oppose the protagonist, while villains make it their mission to destroy your main character and others for selfish motivations.

The antagonist does not necessarily have to want something terrible from the protagonist. Instead, they oppose the protagonist to make it difficult for them to achieve their goals.

Antagonists can be villains, but not all villains are antagonists – for example, a villain who is simply seeking power for its own sake would not necessarily be opposed by anyone.

There are different types of protagonists, but protagonists are typically heroes that strive to achieve a goal or accomplish something meaningful for themselves or others.

They may not always be perfect, but they positively impact the story and can be something to admire. On the other hand, antagonists will want something terrible for them and do just about anything to get what they want, even if it means hurting others.

What are the 5 traits?

Protagonists and antagonists need to be clearly defined because they have different traits. Antagonists are typically mean and cruel, while protagonists often know the right thing to do even if it is hard for them. Antagonists can be up against one person or an entire force of something evil. Protagonists should always show bravery, never give up hope, and try their best!

1. Protagonists are more likely to have a conscience and morals

Morals are central to the development of your protagonist because it helps to set them apart from the antagonist. Antagonists may not have a conscience and may only want things that benefit themselves, whereas protagonists do anything for their friends or family.

2. Antagonists don’t care about the consequences of their actions Human antagonists have an atypical or abhorrent moral compass. They are often manipulative and sneaky, so they will do anything to get what they want. Antagonists tend not to care about the consequences of their actions because it doesn’t affect them in any way. The antagonist’s only goal is self-preservation, while the protagonist wants everyone around them safe, which makes for a vast difference between these two types.

3. Protagonists have a sense of purpose while antagonists do not

The goal is what sets them apart from each other. Antagonists don’t have a sense of purpose. Even if they want something out of their actions, there is no real reason behind it. The protagonist has a sense of purpose because they need to save someone or protect what’s important in their life. Antagonists tend not to think about the things that matter which makes them very different from protagonists who always have the other person in mind. Flexibility is another distinguishing feature between these two types of characters. Antagonists are set in their ways, and they don’t want to change, even if it’s better for them or could help them along the way. They think staying who they are will work out fine, making them a static character.

On the other hand, protagonists are much more open to change and growth because they understand that being set in their ways will only allow them to remain stagnant as a person, which is not beneficial at all long term.

5. Protagonists feel empathy for others, while antagonists only feel it for themselves or those they love

When it comes to empathy, protagonists feel it for everyone. Antagonists only empathize with people they are close to, like family members or loved ones, not strangers or enemies. Antagonists usually have no problem stepping on others if it will help them.

Protagonists move away from violent acts and have a sense of honor. They will defend themselves or their loved ones if necessary, but not to the detriment of others.

On the other hand, antagonists see violence as a means of solving problems and don’t care who gets hurt while showing absolutely no remorse for what they did.

The antagonist might empathize with some people, but it’s because he feels sorry for them for what he’s doing to them.

Examples of villains in books, TV, and film:

Here are some of the greatest villains of all time: The Joker (Batman), Lord Voldemort (Harry Potter), Cruella De Ville (101 Dalmatians), Scar (Lion King), the Wicked Witch of the West (The Wizard of Oz).

Famous protagonist vs. antagonist pairings in books, TV, and film:

The protagonist and antagonist of a story can be any two people, but they often represent good vs. evil, happiness vs. sadness, and so on.

Examples of this type of pairing include Harry Potter vs. Lord Voldemort (in the Harry Potter series); Luke Skywalker vs. Darth Vader (in Star Wars); Frodo Baggins vs. Sauron (in The Lord of the Rings); Peter Pan vs. Captain Hook (in the Peter Pan TV series). 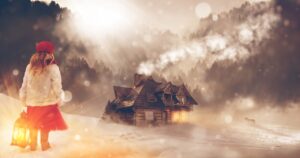 Protagonists always have someone else’s safety. They are identifiable and can be simple or complex depending on how they change throughout the novel, so make your protagonist interesting, likable, charismatic, a hero, a survivor, a fighter, or someone who cannot fit in but is still good at heart.

Antagonists won’t warm the reader’s heart but are built on a different set of values that make them complex in their way. Unfortunately, antagonists have no redeeming qualities. They only want to hurt others for their own good, so be sure to make your antagonist nasty, powerful, cunning, selfish, fearless, unpredictable, or uncaring.

The antagonist is a necessary part of writing and, along with the protagonist, the most important character in your story. Take your time creating this exciting villain. Please get to know and understand them because your readers will want to identify with them.

I hope you enjoyed this blog post about protagonists vs. antagonists!