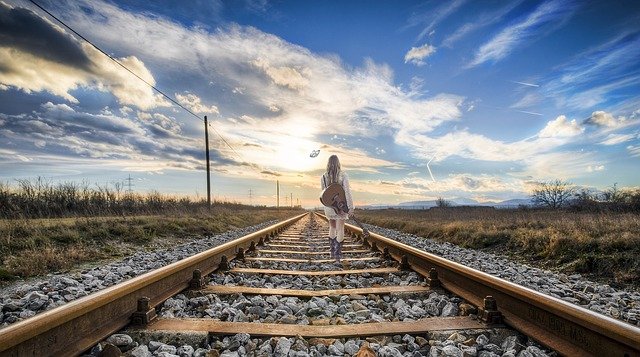 If you’re an author and you want to write a back cover for your book, I have some advice for you. A back cover needs to be short and compelling – so why not start with the blurb? The blurb is a quick summary of what happens in your book. It should be two to three lines long and it should include keywords that will help people find your book when they search on Amazon or Google Books. What do those back covers look like then? Here is a great example:

A lonely man seeks revenge against his unfaithful wife’s lover – and finds himself framed as her killer instead.

In this article you will learn how to write a great description for your thriller novel.

1. Write a catchy title that will draw in readers

Your title is your main hook – so make it good!

The back cover of your book is the last thing people see before they buy it. You can’t sell a bad product for cheap, you have to give them more than what they paid back in value. That’s why writing a great back cover is important if you want lots of sales and high ratings on Amazon.

The title of my first novel is The Price of Silence.

The back cover description starts with this blurb:

2. Introduce the main character and what they want to accomplish

The main character drives your story so you need to let the reader know who they are and what’s at stake for them. What is their back story? Where did they come from? Why do people care about this character?

Your protagonist needs a goal that will influence your entire plot, so make sure it matters!

Jennifer, grew up in Vancouver’s West End watching her father on the phone, giving directions and telling people what to do. She worshipped her mother; thought her to be the most beautiful woman in the world. But her parents barely knew she existed. The two of them were always going places. Feeling miserable, Jennifer took it out on her nannies. Many came and went. She was the kid from hell.

By the age of thirteen, she’d become a head turner. Things changed. It seemed as if her parents suddenly discovered her. They started to meddle in everything she did, insisted she wear dresses instead of jeans, interfered with her choice of friends, and referred to anyone with darker skin as “those people.”

By that point, Jennifer didn’t want their attention. She tried to keep her distance, but they always found a way to haul her back, seeing that as a sign of their love and compassion. And that is how it continued to this day.

Her father lent her money to help start up a beauty salon, and with that he expected to be informed about every step she took in her business. To discourage him, she told him that she preferred not to talk business when they met to socialize. He was furious with her when she paid off the loan in record time.

3. Show how the protagonist’s life is changed by an event or decision

The events in your protagonists life are what gets your story moving so you need to explain how these events changed the protagonist’s life.

The event or decision should be something major, but not too big since this book description is only a few lines long! For example, if there was an explosion at their home and they are now homeless, that would be too big.

Example of a major event and decision

Jennifer fell in love and got engaged, things were good at first, but a few months later her fiancé started to ask her for money. When she told him she didn’t have any extra money after paying off her loan from her father, her fiancé started to verbally abuse her. Soon his verbal abuse turned to physical abuse. When that escalated, leading to her losing her baby, she walked out on him to start a new life. She knew she needed to change her relationship values, both romantic and familial. Those were such pressing needs that she felt her life depended on it. She had to change and she was determined to succeed.

Jennifer thought about how her cousin had begged her to come with her and her friends on a kayaking trip. She had declined. Her cousin was two years younger than she was and she didn’t really want to spend a week with her and her friends. They were too different than she was. Jennifer loved her cousin, but she was a bit of a nerd. Now she decided that her first step to change was to reconcile with her cousin after years of ignoring her friendship. She would be happy to go on the kayaking trip with her. 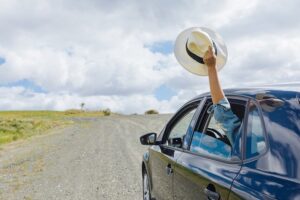 4. Describe the antagonist, their motives, and why they’re trying to stop the protagonist from accomplishing his/her goal

The antagonist is the person or thing that is trying to stop your protagonist from reaching their goal. Your back cover should also include why this person wants to stop them, and what will happen if they don’t succeed.

Unbeknownst to Jennifer, her ex-fiancé has made enemies with members of Vancouver’s most notorious drug gang and is running for his life. He’s in desperate need of cash to get out of the country and is plotting to make Amy give it to him. He sets an elaborate trap and lures her away from her kayaking friends, then abducts her at gunpoint and forces her to empty her business bank account. Before leaving her in an abandoned cabin in the woods, he warns her not to tell anyone about their ‘encounter’ or the thugs chasing him will come after her to find him, in which case the will both get shot.

5. Add a line from one of your favourite reviews or quotes about the book

If you have obtained advanced reviews or quotes, it’s good to add them here.

A review: “Forget chick lit with a Swedish twist, The Price of Silence is a psychological thriller that is frightening real. The refined details on every page authenticate this nail-biting saga; and in the process the Price of Silence is also a balanced tale refraining from immature rants and gratuitous recrimination. It tells of the foibles of human nature. How a wonderful person can make a single bad decision and pay dearly for it.” -Mark Fine, award winning author of The Zebra Affaire: An Apartheid Saga.

Log lines are fun to read and write. Writing them can also help you understand your book better! I hope this article has helped you with that, or at least sparked some ideas in how to do so yourself. If not, feel free to leave a comment below for questions and feedback.

Thank You For Reading: Thank you for taking the time to read this post.

No protagonist is the same. They all have their own unique personality that helps define the story they’re in. When readers read your thriller novel, they need to be able […]